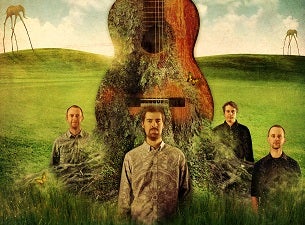 Music is a universal language for guitar virtuoso Simon Thacker.

Together they source music from every corner of the globe, flitting expertly from Middle-Eastern intensity to medieval meditation, Native American affirmation to Indian ragas, East African rhythms to Spanish flamenco.

Ritmata has been described as an aural experience that transcends musical genres and continents. Featuring soul-stirring improvisation and an emotionally charged compositional style, the Thacker-led Ritmata has some surprises in hand.