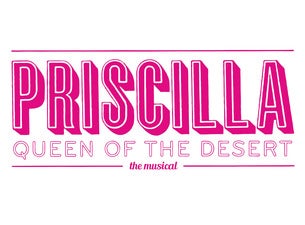 Priscilla - Queen of the Desert Tickets

About Priscilla - Queen of the Desert

Eight years and several thousand kilometres later, and looking more fabulous than ever, the pink bus makes a triumphant return to the Land of the Long White Cloud!

Since PRISCILLA QUEEN OF THE DESERT THE MUSICAL first captivated 100,000 New Zealanders during its six week run in 2008, the spectacular show has played sell-out seasons in London’s West End and on Broadway, toured internationally, and won numerous accolades along the way, including prestigious Olivier and Tony Awards.

Based on the Oscar-winning hit movie, PRISCILLA QUEEN OF THE DESERT is the heart-warming, uplifting story of three drag artists who hop aboard a battered old bus named Priscilla, searching for love and friendship.  They end up on a journey of self-discovery and the road trip of a lifetime.

This wildly fresh and funny musical features a hit parade of dance-floor favourites including: Don’t Leave Me This Way, I Will Survive, Finally, I Love The Nightlife, Go West, Hot Stuff, Colour My World and Shake Your Groove Thing.

With a dazzling array of over 500 outrageous costumes, 200 extraordinary headdresses, 23 tonnes of scenery, and a 10 metre long customised bus weighing six tonnes as its sparkling centrepiece, PRISCILLA is a must-see spectacular!

Priscilla Queen of the Desert, The Musical contains some strong language and adult themes.