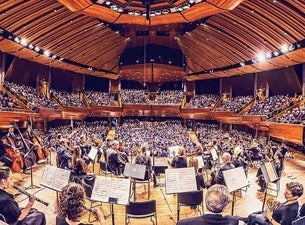 With a rich history as New Zealand’s oldest regional orchestra founded over sixty years ago, Orchestra Wellington’s audience numbers have grown rapidly to become one of the most consistently well attended in the country. With progressive programmes, accessible pricing, and a focus on community outreach, Orchestra Wellington is now recognised as one of the most exciting and progressive orchestras in the world.

This gem is all that remains of an opera inspired by Rimsky-Korsakov’s Scheherazade that Ravel never completed. The overture gives the woodwinds free rein in sinuous, mysterious lines until the full orchestra enters to paint a glorious vision hinting at such marvels that it is no wonder the cruel Sultan Shahriyar could never bring himself to put an end to Scheherazade and her stories.

Rhapsody on a Theme of Paganini - Sergei RACHMANINOFF (with Jian Liu, Piano)

Rachmaninoff was inspired by the same theme as Lutoslawski, turning it into a large, ebullient work using his usual luxuriant orchestration. After a playful bustling introduction sketching the theme’s outlines, his 24 variations cover a tremendous range of moods from introspective to triumphantly romantic. The piano and the orchestra chase each other, reflect each other and support each other with inexhaustible invention. There’s plenty of room for piano fireworks, and Rachmaninoff even finds a way to weave in his favourite Dies Irae theme.

Resisting the atonal world of his contemporaries, Hindemith explored a neobaroque flavour with this work, which takes the form of a concerto grosso. The surging, muscular lines of the orchestra are set in counterpoint against florid solos from a trio of oboe, violin and bassoon.