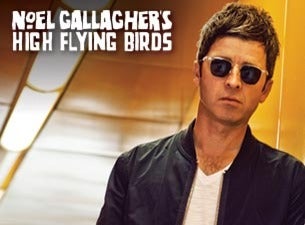 Music icon and one of modern rock’s finest songwriters, NOEL GALLAGHER, has been forced to cancel tonight’s sold-out Auckland show at the ASB Theatre in Auckland.

The stormy weather currently affecting The North Island has delayed the arrival of most of the band's equipment which had been due to fly in from South America where Noel had been performing at the Lollapalooza Festival.

A spokesperson for the band said: "Everyone is really disappointed to have come all this way and not be able to do a show. Despite our crew working on alternatives since the early hours of this morning there is too much equipment missing so we have regrettably taken the decision to cancel the performance".

Gallagher is incredibly disappointed not to be able to perform for his legion of New Zealand fans tonight.

Noel Gallagher said: "Sorry but these kind of things are out of our control. When there's nothing you can do then you can't do nothing. Disappointed to come all this way and not play for you. Apologies”.

With Gallagher’s UK tour due to commence directly following his Australian a return play date is impossible for New Zealand during this touring cycle.

Patrons will be entitled to a full refund on their tickets and are requested to contact the point of purchase.