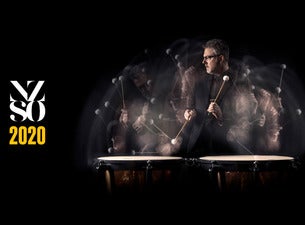 Welcome to the Podium Series, the New Zealand Symphony Orchestra’s concert series for 2020.

Podium Series 2020 marks 250 years since Beethoven’s birth and the New Zealand Symphony Orchestra celebrates his legacy with performances of some of his greatest works. The much-loved Eroica, Fifth and Pastoral symphonies, the Emperor Piano Concerto and other seminal works will be heard in concert halls across the country.

Though Beethoven remains the common thread throughout the season, the Podium Series offers something for all music lovers. Mozart’s Symphony No. 40, Haydn’s Tempora Mutantur, JS Bach’s Toccata and Fugue, Elgar’s Cello Concerto, Prokofiev’s Piano Concerto No. 3, Bartók’s The Miraculous Mandarin, Shostakovich and Tchaikovsky’s Fifth symphonies all feature in 2020.

The New Zealand Symphony Orchestra doesn’t just do concerts, it reaches beyond the stage to bring music to all New Zealanders.