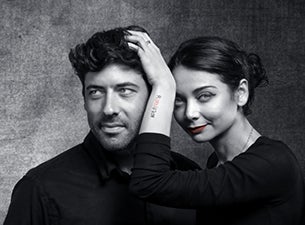 About New Zealand Opera Presents The Marriage of Figaro

LUST, REVENGE, DECEPTION AND A WEDDING. IT’S AMAZING WHAT YOU CAN PACK INTO A DAY

Mozart’s and Da Ponte’s opera The Marriage of Figaro is one of the most popular and enduring operas ever written. Composed only three years before the French Revolution, Mozart takes a play (of the same title by Beaumarchais) that had been banned on account of its implied subversion of the established order, removes much of the overtly political material, and then deftly weaves an opera in which the women drive the narrative, culminating in aristocrat and servant swapping clothes. Mozart achieves revolutionary statements on multiple levels much in keeping with Enlightenment ideas about the role of women and men in society and politics. The opera ends with a statement of compassion and forgiveness much needed at the start of this Century.

New Zealand Opera has invited director Lindy Hume to create a new production that explores feminist ideas in Mozart’s opera, part of a series that has preoccupied her artistic practice in recent years. Zoe Zeniodi will conduct the opera. Eleanor Bishop will assistant direct. It is anticipated this team will explore Figaro’s potent politics in the rehearsal room and that the opera will be a catalyst for conversation on women directors and conductors in opera.

The production will play in its original language (Italian) with English surtitles.

The opera will feature the Freemasons New Zealand Opera Chorus in each centre, along with Auckland Philharmonia Orchestra, Orchestra Wellington and Christchurch Symphony Orchestra.

Duration: The performance is 3 hours long with a 20-minute interval.

Surtitles: This opera is sung in Italian with English surtitles.