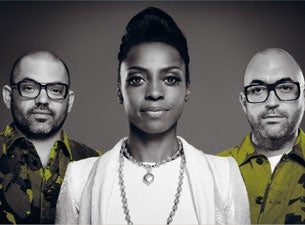 
Morcheeba will be heading to the Powerstation in Auckland and the Opera House in Wellington with their original line-up, so get ready to hear the dreamy, soulful, down tempo sounds of the Godfrey brothers and the sweet, sensual vocals of Skye Edwards that you have loved since the 90's.


The leading lady of Morcheeba, Skye Edwards, is one of the most vocally gifted soul singers of today. The group define the 'chill out' genre and are the perfect antidote to a big night, songs like 'Rome Wasn't Built In A Day', 'The Sea',  'Even Though' and 'Otherwise' have been played in café's, lounge rooms and at Sunday sessions worldwide and featured on endless compilations including the Café' Del Mar series.


Morcheeba's tour comes off the back of the recent release of their eighth studio album 'Head Up High'. The album is a new direction for the trio who have had some significant changes in their lives since their last album 2010's 'Blood Like Lemonade' and you can hear the positive, healing aspect in the new album that reflects those experiences.  Morcheeba's beatmaster and production wizard Paul Godfrey said of the album "I always need to feel we're moving on and making progress,"   he added "When we make new records, all we want to do is blow our fans away, and hopefully make some new ones".