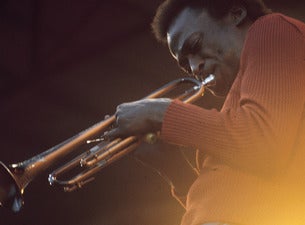 Visiting Australia for the first time Miles Electric Band is a ten-member, all-star concert. Created in association with the Miles Davis Estate, the band performs music from the influential 1969-1975 era. Artists in the band played with him during this seminal period when Davis released the albums Bitches Brew and Jack Johnson.

Renowned turntablist DJ Logic, known for his work with The Roots, is another key addition to the line-up. Also joining is saxophonist Antoine Roney, who's toured the world with jazz veterans Freddie Hubbard and Elvin Jones. Accomplished world musician Debasish Chaudhuri will be on tabla.

“Despite boasting a host of bandleaders in the ranks, the group played with restraint and vibe over histrionics keeping the brew on simmer...” Downbeat Magazine

”Everyone rocked and socked, and it wasn’t nostalgic in the least” Daily Variety