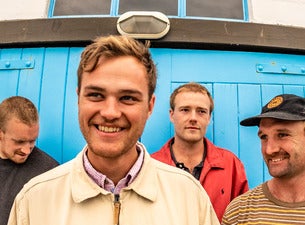 New Zealand’s own MILD ORANGE announce their first show after the release of their sophomore album, playing in Auckland's Powerstation on September 19. The band are taking their uplifting and powerful live show to the another level and are looking forward to giving New Zealand fans a first taste before the rest of the world.

For complete tour and ticket and information, visit: livenation.co.nz

Their 2018 debut album Foreplay was an independently released word-of-mouth hit that earned them tens of millions of streams and views, a global fanbase, and led to the band's first-ever European tour, including sold out dates in London and Paris. Their internet cult has gone international, with fans emerging everywhere from Sydney to Santiago, Los Angeles to Istanbul, Casablanca to Kathmandu.

Mild Orange share their self-titled sophomore album, deemed "the quintessential summertime album" by Riot Magazine. Triangulating somewhere between the dusky atmospheres of Yo La Tengo's And Nothing Turned Itself.

Inside Out, the stately romance of Coldplay's Parachutes, and the patiently intertwining guitars of classic Kiwi jangle-pop, Mild Orange (out now) is a confident step out into the world. Lead single "Freak In Me" brings bedroom pop to the bedroom, and it's amassed over 1 million views on YouTube for its intimate daydream of a video: https://youtu.be/RrIV6tnuQG0