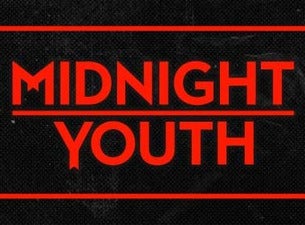 MIDNIGHT YOUTH have announced an intimate headline show at The Tuning Fork in Auckland on Tuesday, March 24 – the night before their appearance alongside emo mainstays, My Chemical Romance. For one night only, fans will be treated to a special, intimate experience celebrating Midnight Youth’s two albums, performed in a career spanning live set.

Formed in 2006 whilst still at high school, Midnight Youth quickly shot to fame and went on to become one of the biggest band’s in New Zealand. With a cachet of hit singles, two major top-selling albums and plenty of awards, Jeremy Redmore (vocals/guitar), Simon Oscroft (guitar), Nick Campbell (keyboards/guitar), Matt Warman (bass) and Aidan Bartlett (drums) will finally reunite to perform their first live show in more than 7 years.

Midnight Youth’s debut album “The Brave Don’t Run” debuted at #2 on the NZ Album Charts in 2009 and earned the band platinum status. In the same year, the band took out ‘Best Rock Album’ and ‘Best Group’ at the NZ Music Awards, with a total of 6 nominations. And grew a reputation as one of the top-performing acts to come out of New Zealand, performing festival sets at SXSW, Australia’s infamous Big Day Out in 2010, Musexpo, One Movement, Sounds of Spring and the New Year’s Eve slot at Rhythm and Vines.