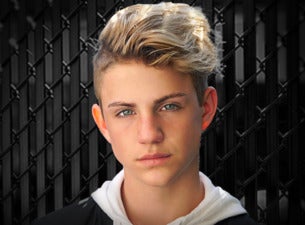 Barely reaching the age of 13, Tween rapper MattyB is already an Internet  superstar and chart presence, boasting millions of followers, and billions of views on Youtube with his channel already ranking in the Top 50 “Most Viewed All Time -Music.”  Spitting Tween friendly and surprisingly sophisticated raps over pop tracks, MattyB has become a favorite with young fans, performing to sold-out family crowds around the country. Taking the stage with a full crew of dancers and often accompanied by a solid female support vocalist, MattyB electrifies audiences at his shows while building anticipation and demand for more tour dates.

Atlanta, Georgia-born MattyB got an early start in the pop - rap game after uploading videos to YouTube in 2010.  MattyB’s first videos gained millions of views immediately with his popular remakes of pop hits and now just 5 years later MattyB has surpassed 2.5 Billion Views  and is focusing on his own sound and original music. MattyB continues to hit the road performing his new original music to adoring young fans around the country.

"It was a really great concert. Wish there were more concerts like this for young children."

"This show far exceeded my expectations. Both of my daughters enjoyed the performance as well as the meet and greet following the show."