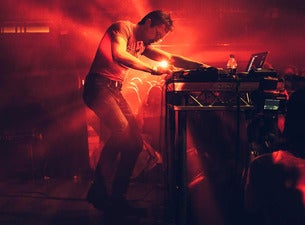 In lieu of each of his originally-scheduled New Zealand tour dates, Rebillet took his BOSS RC-505 loop station, keyboard and vocals to the internet offering fans his Quarantine Livestream Tour. Full sets were live-streamed at the date and time that Rebillet was set to perform in each Australian and New Zealand city. Catch up on each of the live-streamed sets via Marc’s official YouTube, Facebook, Twitter and Twitch channels.

Marc has continued to keep his fans entertained throughout lockdown with a number of live-streamed shows including his hugely popular ‘THE NIGHT I MET ERYKAH BADU!!’ stream which amassed close to a million views. Amid the pandemic, Marc has taken to the stage for socially-distanced live shows at drive-ins across the U.S. The multi-talented improviser has also raised tens of thousands of dollars for COVID-19-related charities and streamed his ‘ESSENTIAL WORKERS ANTHEM’ thanking frontline workers.

Ticketholders are encouraged to hold onto their tickets for the new date. However, if required a refund can be sought from the original point of purchase.

The remaining tickets for Marc’s already-announced shows are on sale now and selling fast.