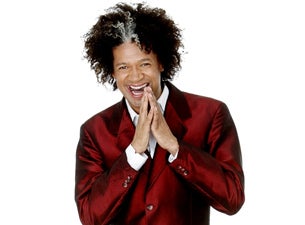 After sell out seasons all around South Africa in 2010 and earlier this year, Marc Lottering's latest hit show comes to the Bruce Mason Centre for one night only on Satuday, 28 May 2011.

The show features Lottering's latest stand-up material as well as hilarious impersonations of his popular characters: Smiley the taxi dude, Colleen the cashier from hell, Travis the party animal, and Auntie Merle the endearing housewife.

Marc Lottering is one of South Africa's top comedians and has been keeping audiences in stitches for more than 12 years. When not performing locally, he regularly entertains home-sick South Africans abroad.

Last year Marc performed at the Royal Albert Hall in London, alongside South Africa's top comedians, as part of the hugely successful BAFUNNY BAFUNNY comedy tour.
Marc has extensive experience in television and theatre, and has been the recipient of several prestigious awards along the way.  His self-scripted one-man shows consistently play to packed houses and his DVD's continue to be hugely popular with locals and ex pats alike.

The show is not suitable for children.

"...he paints a comical picture of the South African landscape, employing his rapid-fire style of delivery that never misses a beat."  THE SUNDAY INDEPENDENT

Please note this show is for expats only. It has afrikaans referecences.