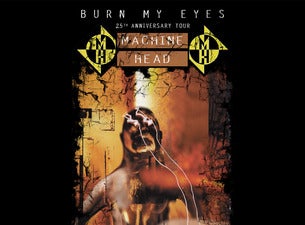 Celebrating the 25th anniversary of their debut album, Machine Head will play Burn My Eyes in its entirety for the first time in New Zealand.

Machine Head will also play a career encompassing set including such favourites as "Imperium", "Halo", and "Ten Ton Hammer".

This unique tour is a once in a lifetime chance for fans to witness the past, present and future of Machine Head in one epic concert.

"One of the most ferocious and groove-laden behemoths the metal world has, and likely will ever see." Kerrang!