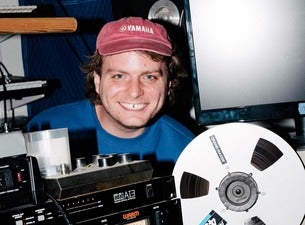 ONE OFF NEW ZEALAND SHOW ANNOUNCED FOR JANUARY 2020

MAC DEMARCO has announced a return to New Zealand in January 2020 for HERE COMES MAC DEMARCO, a summer headline tour of Australia and one show in New Zealand.

Mac has invited Fazerdaze to join him on this magical mystery journey. Fazerdaze, the incarnation of Amelia Murray, released her debut album Morningside in 2017 to critical acclaim. Since then Fazerdaze have travelled the globe playing Coachella and Latitude Festival amongst a string of headline shows in Asia, Europe and North America. Now back home and working on brand new music, this will be Fazerdaze first show in homeland New Zealand in over a year!

Mac DeMarco's fourth album HERE COMES THE COWBOY was described as his "masterpiece” (Q magazine) upon its release in May. Written, recorded and mixed at his Los Angeles studio, it was the debut release on the eponymous Mac’s Record Label, and released via Spunk Records / Universal Music New Zealand.

The Canadian-born artist has always taken a more contemplative approach to songwriting, and on HERE COMES THE COWBOY he's at his thoughtful and introspective best.

"On stage, he’s all pranks and jokes; on record he’s largely attempting to get at the core of universal human ideas." – Pitchfork

"Here Comes the Cowboy proves DeMarco can still own his psychedelic, lighthearted sound, while adding something fresh and novel." – Sydney Morning Herald

"The slacker hero slows things down on his fourth full-length album, finding catharsis in gentle instrumentation and thoughtful lyrics" – NME ★ ★ ★ ★

In June, Mac leant his curatorial skills to MAC DEMARCO WILL SEE YOU NOW, a day festival in Margate, United Kingdom that included Thurston Moore, Aldous Harding, Yellow Days and Amyl and the Sniffers.

JANUARY 2020
Presented by 95bfm and Under The Radar

For more information go to: