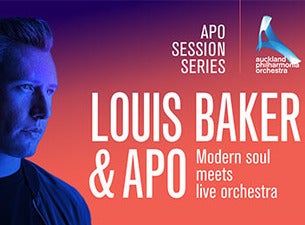 'such power in Baker's songwriting' - Line Of Best Fit

Fresh off supporting US R&B/Soul artist Allen Stone across New Zealand and Australia last month, Baker announces a long-awaited New Zealand album tour, alongside upcoming UK dates in June. Tickets on sale from Monday 13 May, 9.00am.

“Each song on the album is a conversation. On this record, I try to put life into perspective, battle between the light and the dark, and seek to make sense of the world around me. The song ‘Open’ was inspired, ironically, from a strong disconnect between me and my creativity. I would often be over critical of my ideas, and would stop myself from creating something before I even started writing a song. Open is an album that says, 'take me as I am,” Baker reflects over his debut record. An album formulated around letting go of the past, accepting the present and feeling open to the future, this feeling threads itself around the project from beginning to end, hence the record’s suitable title, Open.

Sitting at 9 tracks, Open begins with Baker’s hearty anthem ‘The People’, followed by the subtle neo-soul inflections and electronic pulses of ‘Heart on Fire’ featuring MC Melodownz. Around the silky piano strokes of ‘Just A Memory’, a song dedicated to fleeting moments with the past, the organic musical arrangements blend acoustic and electronic instrumentation in a striking representation of Baker’s modern take on soul. The record closes on the airy, soaring title-track, bringing the project to full circle.

Baker’s velveteen voice exerts emotion like no other, sending audiences from pin-drop silence to elation, as he rolls between falsetto and a low, earthy range. Like perfect synchronicity, the spirit of those who sang before him echo throughout the subtle depths of his voice; Curtis Mayfield, Al Green, Marvin Gaye to the Precious Purple One. Carrying the torch of a younger generation of soul artistry in an aching world, Baker presents a debut that acknowledges the past, focuses on the issues of the present, and shares hope for the future.

Over the last 5 years, the world has watched in growing appreciation of the young singer-songwriter as he released a prolific volume of singles, which included ‘Rainbow’ (over 5 million streams on Spotify), ‘Fade’, ‘Gave It All Away’ (premiered on MTV), ‘Addict’, and APRA AMCOS Silver Scroll-nominated ‘Black Crow’.