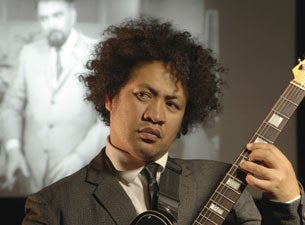 Take an old film, give it a new score, get four actors/musicians/sound effect specialists and you get the new movie genre – 4D.

In this fresh live take on the original Little Shop of Horrors movie, the actors are forced to work at break-neck speed, says director Oliver Driver.

With Roger Corman’s 1960 film playing as the backdrop, the four performers (Hayley Sproull, Byron Coll, Laughton Kora and Barnie Duncan) do everything.

The performers leap from piano to guitar, bass to door bell, to that thing that makes the sound of footsteps, making this Live Cinema’s most dangerous 4D movie yet.

The show, appealing to teens as much as adults, has had rave reviews. The NZ Herald writes: “We clutched each other and screamed like teenagers...exhilarating,” and Metro Magazine says: “Marvellous...catch them while you can!”