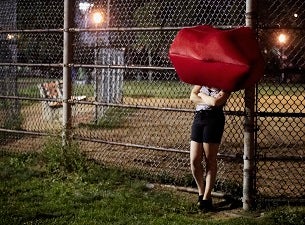 Lips' indie-synth sounds and drumbeats, coupled with lyrics that tell stories of loneliness and love, anger and happiness, are bittersweet and silky. If you are in a mode of discovery, Lips is the one for you.

Fen Ikner and award-winning singer-songwriter Stephanie Brown a.k.a. Lips could well be the new music you’ve been waiting for. New Zealanders based in Brooklyn, New York, Lips have been compared to the likes of Oh Land, Broods and Little Dragon.

Lips are fresh and different, with works characterised by masterful song-writing and a sly sense of humour. In 2012, Brown’s song, Everything To Me, won the APRA Silver Scroll Award, widely regarded as New Zealand’s most prestigious song-writing award. Other winners include Don McGlashan, Neil Finn and Chris Knox.