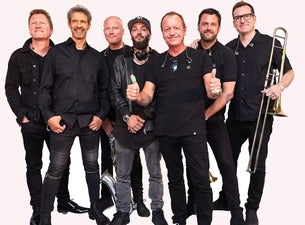 Level 42 left their mark on the 1980’s with a polished, upbeat, danceable pop/rock sound largely defined by lead singer / bassist Mark King’s thumb-slap bass technique. Catchy hits such as ‘Lessons in Love’, ‘Running in the Family’ and ‘Something About You’ crossed the band from their jazz-funk fusion roots firmly into the mainstream pop charts and gave them a fanbase worldwide.

As a live act Level 42 have primarily toured the UK (They’ve sold out London’s Wembley Arena for a total of 21 nights over their career), Scandinavia and Continental Europe, and have had a number of forays into the North American market on arena tours with the likes of Peter Gabriel and Steve Winwood. Why they never made it down-under for concerts has Mark King scratching his head, but he is rapt the opportunity is finally here 40 years into his career, “Touring with the band this year has been about as much fun as I can remember having had on the road, and If you had asked me back in 1980 if I thought we would be selling out theatres around the world when I was sixty years old I probably would have laughed! Re-invention can be a wonderful thing!”

Level 42 are coming to New Zealand for the first time ever in 2020, in concert at The Civic on May 20th