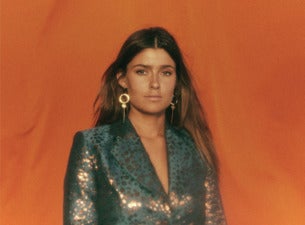 The rising pop star, who’s been named as “one to watch” by Katy Perry and “Sweden’s next big thing” by Vogue, will bring her softly glowing contemporary pop, which evokes the classic sounds of the 60s and 80s, to New Zealand fans for the very first time this summer.

Born from musician parents in Stockholm, Sweden, LÉON is only doing what she knows best. It's in her blood, and she knows nothing else. Since releasing her viral disco-pop single ‘Tired of Talking’, in late 2015, LÉON’s songs have been streamed over 350 million times worldwide. Blowing up unexpectedly on SoundCloud, her debut accumulated almost 70 million streams on Spotify and earned praise from Katy Perry and Vogue, who dubbed LÉON as “Sweden’s Next Big Thing” in 2016.

Following up with another three EPs, a full-length album, three headline tours of North America, festival sets at Bonnaroo, Lollapalooza and Coachella, along with features in Vogue, Glamour, In-Style, W and The FADER, to name a few, solidifying LÉON’s presence as an international artist.

With musical inspirations ranging from Norah Jones, Adele and Monica Zetterlund, LÉON’s ability to intertwine the soul of the 60s with lush pop melodies led to the critically acclaimed release of her vibrant, self-titled debut album in early 2019. The album has delivered the hit single, ‘You and I’, which was featured in the A-list on BBC Radio in the UK, and garnered national airplay across Europe and Scandinavia.

Embarking on her first global world tour in 2019 with dates across North America, Europe and Scandinavia, LÉON will finally make her debut in New Zealand. Don’t miss your chance to jam out with LÉON this summer.