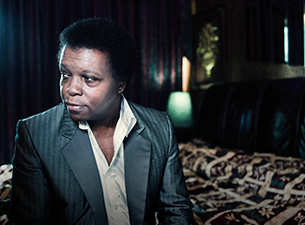 About Lee Fields & The Expressions

There aren’t too many artists making soul music today who had a release in 1969; Lee Fields, however, is one such artist—or maybe he’s better labelled a phenomenon.

Since the late sixties, the North Carolina native has amassed a prolific catalogue of albums and has toured and played with such legends as Kool and the Gang, Sammy Gordon and the Hip-Huggers, O.V Wright, Darrell Banks, and Little Royal. With a career spanning 43 years, releases on twelve different record labels, and having toured the world over with his raucous-yet-tender voice, it's mind-blowing that the music he's making today with Brooklyn's own Truth & Soul Records is the best of his career.

With a catalogue that ranges from James Brown-style funk to lo-fi blues to contemporary Southern soul to collaborations with French house DJ/producer Martin Solveig, Lee Fields has done it all. Today, with The Expressions--Truth & Soul's house band, Lee Fields continues to evolve, enmeshed into the group's sweeping, string-laden, cinematic soul sound. Their first full-length together, My World, released in June 2009 on Truth & Soul, was called "one smoking mother of an old-sound soul record" and a "throwback done right" by Pitchfork.

While drawing comparisons to groups like The Moments, The Delfonics, The Stylistics, and--of course--James Brown, My World has been able to create a space of its own due to the group's desire to interpret and further the formulas of good soul music rather than parrot and imitate them.

"In a curious case of musical evolution, the older Fields becomes, the closer he gets to perfecting the sound of soul that he grew up with as a young man," so said music writer, scholar, and DJ Oliver Wang about Fields in a piece for NPR in July 2009. The latest LP from Lee Fields and The Expressions, titled Faithful Man, is the next step towards this perfection. A step that may find Fields& The Expressions, finally being bestowed the contemporary soul music crown.

Don’t miss out on what is sure to be an extraordinary tour of both contemporary and throwback soul, as Lee Fields & The Expressions play NZ for the first time.