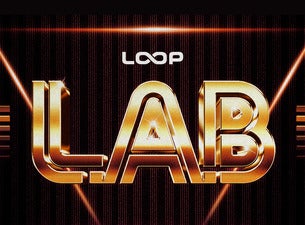 Loop are proud to announce L.A.B will be performing an Auckland headline show this summer, playing the iconic Mt Smart Stadium on Saturday March 27.

L.A.B ’s biggest outdoor show to date will see them joined by an eclectic range of NZ’s finest, including Mako Road, Ladi6, Ria Hall & The Leers, a stellar homegrown lineup that will not be seen anywhere else this summer.

This will be the only chance for the Upper North Island to catch L.A.B perform an epic full-length two hour set, which will see them cover tracks from all three of their albums, plus new material currently in the works.

The show will take place at Mt Smart Stadium Upper Field, maintaining a level of intimacy not seen at other large-scale venues. A site famous for the Big Day Out & countless other musical legends, the Upper Field will enable fans to dance the night away or sit back and relax on the grass and take in the epic production, with a range of bars, food & beverage available on site.

L.A.B have continued to grow throughout 2020, a year which has seen much of their catalog reach platinum-selling status, and their single ‘In The Air’ reach number one on the NZ Top 40. With new material set to be released in late-2020, L.A.B are showing no signs of slowing down ahead of their biggest show since selling out Spark Arena and Claudelands Arena this July.

L.A.B will be joined for this show by another of New Zealand’s fastest-rising acts, Mako Road. Set to release their debut album in late-2020, their laid-back indie-rock sounds has seen them amass over 20 million streams. Following on from two www.loop.co.nz sold-out shows at Auckland’s Powerstation this November, Mako Road will bring their sun-soaked sounds to this show.

New Zealand’s undisputed queen of hip-hop, soul & R&B, Ladi6 also joins the bill, bringing her live set up including a full band alongside dancers The Sixxes. With a constantly-evolving catalogue which marks an artist only comfortable when taking risks, Ladi6 will be adding her collection of classics alongside her acclaimed live performance to this show.

Fresh off the release of her latest album Manawa Wera, Ria Hall will be bringing her stunning live show to this lineup. Inspired by classic reggae & soul records of the 1970’s such as Third World & Jimmy Cliff, Manawa Wera presents a classic reggae sound in a modern Aotearoa context. Hall will bring this sound to life with a full band, perfectly complimenting her stunning voice.

Kicking things off will be Mount Maunganui’s The Leers, a four-piece exploring the depths of indie rock & roll. Set to release new material in late-2020, their style of swelling build-ups, catchy guitar pop melody, dynamically engaging structure and head bobbing riffs will be the perfect way to start this show.

This one-off show will see world-class production combining with NZ’s hottest act at their best - live and loud. L.A.B will bring summer to a close in style on Saturday 27 March at the Mt Smart Stadium Upper Field, with tickets available from Ticketmaster Tuesday 29 September, and FREE train travel included with every ticket.