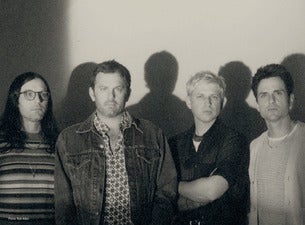 About Kings of Leon

Kings of Leon have confirmed their new show dates at Auckland’s Spark Arena will be Sunday 23 and Monday 24 October 2022. These new show dates replace the original March 2022 dates that were postponed due to Covid restrictions.

Set lists from Kings of Leon’s recent North American tour have included songs from all 8 of the band’s albums, and these will be their first New Zealand concerts in over 12 years.

With tickets sold-out long ago for the show now taking place on 24 October, fans are advised to book quickly for the Sunday 23 October show. Kings of Leon are promising a party, and revellers will be pleased to note that these new shows fall over Labour Weekend and a public holiday on Monday.

Tickets are on sale NOW at TICKETMASTER.CO.NZ

For more information on all shows, visit TEG DAINTY

Caleb (guitar, vocals) said “We want to get back to New Zealand, it is stunningly beautiful. I remember the first time we were there, we were all kind of stunned – it felt like we were in a different world.”

Nathan (drums) said “New Zealand! Kings of Leon are coming back. We’re so excited, it’s been way too long, we cannot wait to get back with you guys and have a little rock and/or roll.  Get your tickets, come out, dance with us. It’s going to be a party.”

Paul Dainty, AM President/CEO said today, “We are thrilled that Kings of Leon’s new tour dates are confirmed for this year!  It’s been over 12 years since the band were last in New Zealand, and it’s great to reveal the news that fans don’t have to wait too much longer now!

Set lists from Kings of Leon’s recent North American tour have included songs from all 8 of the band’s albums. Since Kings of Leon first captivated a global audience with the release of their debut EP Holy Roller Novocaine, back in 2003, New Zealand has been obsessed with this band of brothers (and one cousin). Kings of Leon have had an astounding FIVE #1 albums in New Zealand with Because Of The Times; Come Around Sundown; Mechanical Bull and WALLS all taking the top spot on the charts. Only By The Night not only went to number 1 on the album charts, it also became New Zealand’s second best-selling album of the whole year and contains the band’s three most-streamed songs in this country – the 3x Platinum Sex On Fire, 2x Platinum Use Somebody and Platinum Closer.

After honing their craft for 20 years, Kings of Leon have cemented their position as one of the world’s top rock acts, headlining international bucket-list festivals including Glastonbury, Coachella, Bonnaroo, Lollapalooza’s in Chicago, Berlin, Sao Paulo and Santiago, to name but a few, along with a record breaking 4 nights at London’s Hyde Park.

Don’t miss your chance to catch Kings of Leon LIVE this October!