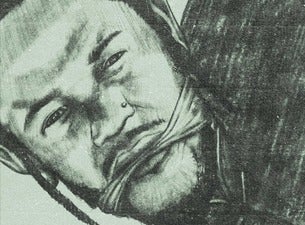 KENDRICK LAMAR’s highly anticipated New Zealand tour kicks off soon and we are thrilled to announce Californian R&B / neo-soul singer and Top Dawg Entertainment artist SiR has been announced as national support. Fresh off the back of his sophomore album November, SiR will open all shows for the Pulitzer Prize and twelve-time GRAMMY Award winning Lamar.

Starting out in music co-writing material for the likes of Ginuwine, Jill Scott and the legendary Stevie Wonder – who he met during a rehearsal session which Stevie Wonder happened to walk in on – SiR, aka Sir Darryl Farris, creates soulful R&B in the style of Frank Ocean of Anderson Paak. He signed to Kendrick Lamar’s label at the start of last year and released his sophomore album November in January. November was called “a neo-soul-tinged space odyssey” by Pitchfork, with High Snobiety saying it “positions SiR at the Zenith of dreamy R&B”, and Complex including the single ‘Something Foreign’ (feat. Schoolboy Q) in their Best Songs of 2018 list. SiR has spent the last two months on the road touring the US with Kendrick Lamar, SZA and Schoolboy Q, and after a short break will make his way to our shores for his first ever shows in New Zealand.

Kendrick Lamar, one of the most critically acclaimed and successful hip hop artists of our time, will make his highly anticipated return to our shores in July for a series of arena shows, and to headline the sold-out Splendour in the Grass festival in Byron Bay. Having recently taken the DAMN. Tour across the UK and Europe, set lists were built from Kendrick Lamar’s multi-Platinum selling catalogue, including good kid, m.A.A.d city (2012) – featuring ‘Swimming Pools (Drank)’, and ‘Bitch, Don’t Kill My Vibe’ – To Pimp A Butterfly (2015) – featuring ‘King Kunta’, ‘Alright’, ‘i’ – compilation album untitled unmastered, and of course his latest album DAMN. (2017).

Kendrick Lamar’s fourth studio album DAMN. solidified his standing as one of the world’s greatest artists. Featuring the huge singles ‘Loyalty’ (feat. Rihanna), ‘Love’ (feat. Zacari) and ‘Humble’ – which took out the #1 spot on triple j’s Hottest 100 – Pitchfork called DAMN. “a widescreen masterpiece of rap”, with The Guardian saying it’s “brilliant, sharp-edged storytelling from an artist at the top of his game,” awarding it 5 stars. DAMN. became Kendrick’s third album to surpass 1 million album sales in the US (joining To Pimp A Butterfly and good kid, m.A.A.d city.) and earned him a staggering five GRAMMY Award wins from a total of seven nominations.

With 13 billion Spotify streams, 12 Grammy awards, and over 6 million album sales worldwide under his belt, Kendrick Lamar has an incredible reach that surpasses many of his peers. He was named one of the 100 most influential people in the world by TIME Magazine and in the best 10 rappers of all time by Billboard, amongst other accolades. Lamar most recently curated and produced the soundtrack for Marvel Studios blockbuster Black Panther, which he worked on during the DAMN. tour in the United States last year.