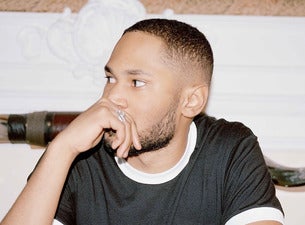 Ever since his 2010 debut, visionary DJ and producer Kaytranada has been blowing up dance floors around the world with his epic remixes and pulse-pounding original tracks. At his live sets Kaytranada dances behind the decks with infectious energy, hyping up the crowd with his slick moves while he drops his hard-hitting blend of futuristic trap, R&B, and EDM. He's remixed music by everyone from Azealia Banks and Beyonce to Janet Jackson and Fugees, and his live shows take ticket buyers on a whirlwind tour through a wildly diverse sonic landscape. Whether he's dropping the beat on originals like "Leave Me Alone" or getting fans dancing with one of his acclaimed reworks, Kaytranada always keeps the energy high and the bass low at his party-worthy live performances.

Haitian-born, Montreal-raised Kaytranada, aka Louis Kevin Celestin, began to DJ at age 14 and started producing the following year after his brother introduced him to music software. He made his debut in 2010 under the moniker Kaytradamus, releasing an impressive string of albums under that alias before renaming himself Kaytranada in 2013 and dropping the album Kaytra Todo. Since then his hip hop-influenced productions and remixes have made him a fixture on the global club circuit, with performances in more than 50 cities around the world. In addition to his own tracks Kaytranada has produced for a growing list of up-and-coming artists that includes Kali Uchis, Freddie Gibbs, and Mick Jenkins. With his cutting-edge sound and energetic live sets, Kaytranada brings an unforgettable dance party to ticket buyers every time he hits the road on tour.