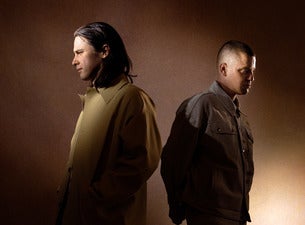 FOR EVER NEW ZEALAND TOUR

In the wake of the much-anticipated release of their second album For Ever, neo-soul gurus Jungle announce a return to Antipodean stages in April 2019.

Kicking off in Auckland, the tour will cement the London-based outfits reputation as a seven-headed Hydra capable of producing a smooth, vivid and uniquely modern menagerie. Showcasing tracks from their Mercury Prize nominated debut record as well as future classics from the sun-drenched new release, Jungle will bring with them a fearsome live reputation simply described by DIY magazine as “spectacular”.

As the brainchild of production and multi-instrumentalist duo Josh “J” Lloyd-Watson and Tom “T” McFarland, Jungle was never intended for the bright lights. Originally conceived as a bedroom project, the twosome were as surprised as anyone when their eclectic modern-soul noodling began racing through the veins of a hungry music community.

Releasing their debut self-titled effort in 2014, tracks like ‘Platoon’, ‘The Heat’ and the ubiquitous ‘Busy Earnin’’ began to infiltrate playlists worldwide and saw them thrust onto stages and TV sets respectively. The harmonious combination of deep bass, propulsive mid-tempo groves and falsetto vocals seemed to light a fire under the feet of global audiences and before long, Jungle was sitting in the upper echelons of charts in the UK, US, Europe and (of course) New Zealand.

As two straight years of touring the planet began to wind down in 2016, Watson and McFarland decided that a change of scenery was Jungle’s best next move. Upping stumps in grey London and hitching a ride to sunny Los Angeles, the duo got to work on what would become For Ever.

Over time, however, the sun-kissed romanticism of the Californian lifestyle gave way to the realities of living within it. Personal relationships began to fall apart, and cabin fever set it. Decamping back to the UK, work was finished on what they describe as a "post-apocalyptic radio station playing break up songs”.

“Buy yourself a dream” Watson croons in lead single ‘Happy Man’, and although it seems that he had a hard to doing just that in America, the blue skies, eternal sunshine and altered reality of La La Land permeates For Ever.

Recent triple j Feature Album showed off tracks like ‘House in LA’, ‘Heavy’, ‘California’ and ‘Cherry’ (as well as their spectacular video clips) as deep, expansive and intimate hooks. Look forward to these remarkable glowing sounds when brought to life via Jungle’s perfectly executed live show.