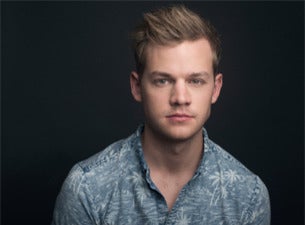 About Joel Creasey - The Crown Prince

Joel is an unstoppable comedic force! The critically acclaimed comic has sold out shows and conquered the globe with acerbic, fearless, hilarious tales drawn from his life. From a stint in the African jungle for TV in I’m A Celebrity Get Me Out Of Here, to being hand-selected by Joan Rivers to open for her on multiple occasions in New York City, to knocking the Chevy Chase Gala out of the park at Just For Laughs Montreal, Joel is a comedy phenomenon not to be missed! Don't miss the next instalment from this hot comedy star. No one is safe and nothing is sacred!

This event is recommended for those aged 16+. Show contains offensive language & adult themes.

Part of the 2016 NZ International Comedy Festival powered by Flick Electric Co. running from 22 April – 15 May. To get The Latest on all the comedy shows on offer, info about the Fest, access to competitions and special deals, head to www.comedyfestival.co.nz