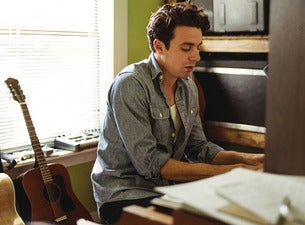 The Austin singer-songwriter Joe Pug has made a habit of defying expectations, so the piano-driven ‘Bright Beginnings’ and the atmospheric rumination of ‘Great Hosannas’ on his latest LP ‘Windfall’ are just further indication that he’s quite comfortable stepping outside of the guy-with-a-guitar trappings of the genre. The theme of resilience plays a central role throughout Windfall.  The weary protagonist in ‘Veteran Fighter’ wills his way further down the highway despite the gloom that seems certain to overtake him. The album was greatly received, with Paste Magazine calling it: “An album about not just the broken moments and uphill climbs that shape life, but how to exist in those moments... how to live through it all and come out stronger.”

Pug’s rise has been as improbable as it has been impressive. After dropping out of college and taking on work as a carpenter in Chicago, he got his musical start by providing CDs for his fans to pass along to their friends. This led to a string of sold out shows and a record deal with Nashville indie Lightning Rod Records (Jason Isbell, Billy Joe Shaver). The years since saw him on the road for over four hundred shows, including stops at Lollapalooza, Bonnaroo, touring with Steve Earle, and more. The live Joe Pug show is a true experience, with engaging the audience at the forefront, not only through the music, but through conversations and political musings.

After releasing her first album at just 16-years-old, Courtney Marie Andrews was asked by fellow Arizonian band Jimmy Eat World to join them on a global tour - which saw her take on late night television performances, and even a show at Auckland’s Powerstation in 2011. She’s since gone on to release six albums, and has been heralded by Ryan Adams as “a phenomenal songwriter.” She describes her latest [entirely self-produced] release ‘Honest Life’ as a coming-of-age album, about “a great desire to fit somewhere, when nowhere fits.”