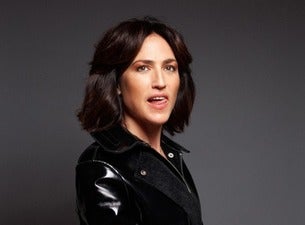 About Joan As Police Woman

Extraordinary New York musician Joan As Police Woman (Joan Wasser) will perform in New Zealand this October, coinciding with this year’s release of her career-retrospective Joanthology.

Plus1 and 95bFM proudly presents Joan As Police Woman live in Auckland.

Joan’s recent solo tour throughout Europe has had the press raving. The Metro UK’s David Bennum proclaimed: “Countless acts have pondered love’s mysteries but few have surpassed Wasser in exploring its mystique.”

For this rare solo incarnation, Joan strips her sound down to its true essence, performing her songbook on piano and guitar. This intimate solo concert format is something music fans have longed to hear.

Since the release of debut album Real Life in 2006, Joan’s sound has naturally evolved through six breath-taking studio albums, hundreds of collaborations and over a thousand live concert performances.

Her 2018 release Damned Devotion is a testament to her insight and the ruminative reflection that demarcates her oeuvre.

She has collaborated and performed with a host of incredible artists including John Cale, Lou Reed, David Sylvian, Antony & The Johnsons and Rufus Wainwright.

On this New Zealand tour, fans can look forward to hearing live much of the material off JOANTHOLOGY, her first ever career retrospective. This deluxe triple CD set spans the first 15 years of Joan’s remarkable musical output and includes new, rare and unreleased material alongside more than thirty of her most loved songs.