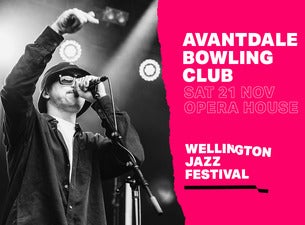 Be there for “an incredible journey of jazz, rap, soul, and spoken word” (Radio13).

“I know Wellington is our country’s bastion for the genre so I hope we can do something that adds to, or at least interrupts, the legacy of the art form. We’ll be playing extended improvised versions of the first record as well as experimenting with new material from our second album out next year”, says Scott.

Influenced by the likes of Miles Davis and John Coltrane, with sounds of Pharoah Sanders and Alice Coltrane, Scott describes his latest album as “a self-help book addressed to myself” that was “made to be played live”.

Joined by a line-up of some of the country’s top musicians, Scott’s “turn-on-a-pin rhythmic cadence” (Metromag) and his “brutally honest, startlingly raw” lyrics (NZ Herald) will bring you the best night of live music you’ll have this year.