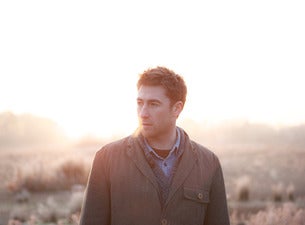 He’s played with Taylor Swift and One Direction, appeared on The Ellen DeGeneres Show and was the first signee to Ed Sheeran’s label, Gingerbread Man Records. UK singer/songwriter Jamie Lawson made a huge first impression and gathered thousands of new fans when he first toured this April as Ed’s very special guest on his sold-out arena tour.

Now, off the back of chart-topping single ‘Wasn’t Expecting That’ (watch him perform it live here) and his recently released self-titled album, it’s with great pleasure Frontier Touring announces the triumphant return of Jamie Lawson to Australia and New Zealand in April 2016.

‘His latest album grows more endearing with each listen and the honest, sensitive style he exhibits is a seasoned art form honed and crafted over the years. Like a fine wine, gaining maturity and depth with time.’ – Stereoboard

‘If you like folky-guitar songs that cling to your heartstrings for days, then you will go mad for this’ – Heat Magazine

‘If you get that chance to see Lawson live take it. He won’t be in such intimate surrounds for long.’ – 13thfloor.co.nz

Having initially played to over 175,000 fans as Sheeran’s guest, Lawson quickly cemented himself as an artist to watch when his runaway hit ‘Wasn’t Expecting That’ conquered airwaves globally. It had previously reached #3 in Ireland, and in April the track rocketed to #3 on the ARIA Singles chart, #2 on iTunes Singles Chart and #1 on iTunes Singer-Songwriter Chart, attaining double platinum single status. Similarly in New Zealand, the track hit #7 on the Top 40 singles chart.

This August, Lawson undertook his first ever headline dates in Australia and NZ – shows quickly selling out, with second dates added in some cities to satisfy demand.

Featuring ‘Wasn’t Expecting That’ and his latest hit, ‘Ahead Of Myself’, Lawson’s self-titled album was released in October 2015 through Sheeran’s Gingerbread Man Records/Warner Music. Lawson’s fans have again wholeheartedly showed their support with the LP debuting at #4 in the Australia and at #3 in New Zealand. Closer to home, it entered the UK charts at #1 – a fantastic achievement.

Lawson’s description of his music is as humble as we’ve come to expect. “Hopefully it's just a very warm and inviting record that you can step into,” he recently told the BBC. “Folk music, but not in the traditional sense.”

Don’t miss Jamie Lawson when he returns to Australia and New Zealand next April!

JAMIE LAWSON
with special guests to be announced

Presented by Nova (AU) and The Hits (NZ)