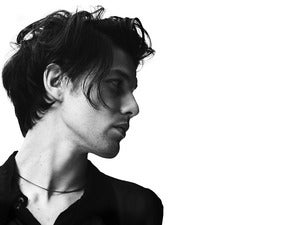 Just hours before he takes to the stage for a sold out show at Sydney’s Metro Theatre, Frontier Touring are delighted to confirm that UK troubadour James Bay will return to our shores with his full band for the Chaos And The Calm tour of Australia and New Zealand in January and February 2016. This will be Bay’s most extensive Australian tour to date and marks his debut New Zealand performance.

Bay’s meteoric rise to fame over the past twelve months has seen his critically acclaimed debut album Chaos And The Calm (out now through Universal Music Australia) peak at #1 in the UK, #3 in Australia and #10 in New Zealand, selling over a million copies worldwide.

‘This is an album of genuine intent, full of poignant reflections on romance, hope, fear, the past, the present, and the future. It’s got heart’ – Clash Music

‘Dare we say it, Chaos and the Calm might just be one of this year’s best album releases so far’ – Hit the Floor

Smash hit ‘Let It Go’ is dominating the charts, having recently been certified platinum in Australia and gold in New Zealand and latest single ‘Scars’ is set to follow in its footsteps. Adding to the achievements, Bay is the most recent recipient of the BRIT Critics’ Choice Award, joining an elite group of past winners including Sam Smith, Adele and Florence & The Machine, and most recently the video for his breakthrough track ‘Hold Back The River’ (certified triple platinum in Australia) received a nomination at the MTV VMAs for Artist To Watch.

Kicking off on January 30th at Fremantle Arts Centre before continuing on to Adelaide, Melbourne, Sydney, Brisbane and Auckland, the tour will see the 24 year old singer-songwriter captivate audiences with his moving yet contemporary folk-rock ballads. This year alone, Bay has sold out three Brixton O2 Academy shows, following a massive headline tour of America and Canada.

At his pair of sold-out debut Australian performances earlier this year, James Bay delighted fans with a taste of Chaos and the Calm prior to its release. Those who were able to secure tickets to a very special display of songwriting prowess in an intimate setting that left fans and critics alike in awe of Bay’s raw talent.

‘Ever felt like you were witnessing a performer who’s rare, special and on the verge of global stardom? This is the emotion newcomer James Bay commands’ – Time Out Sydney

‘Bay’s style of indie-rock-infused soul music is delivered with killer dynamics from the man himself and a beautiful, crooning voice that’s going to set him up for big things in the future’ – The Music

This is the tour Australia and New Zealand have been waiting for. With a penchant of selling out shows in minutes flat, don’t miss the chance to catch this incredibly talented performer take to the stage on his biggest tour yet.