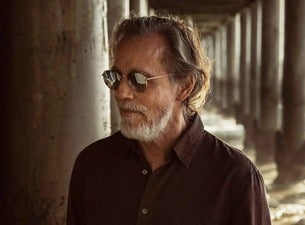 Frontier Touring are pleased to announce Rock and Roll Hall of Fame and Songwriter’s Hall of Fame inductee Jackson Browne will return with his full band to Australia and New Zealand in April 2023, performing five special headline shows in Auckland and Wellington.

His first live dates in both countries since 2018, Browne’s forthcoming tour follows the release his 2021 GRAMMY®-nominated 15th studio album Downhill From Everywhere, the latest work in a multi-platinum career. Hailed as one the “Greatest Songwriters of All Time” by Rolling Stone and responsible for some of the most literate and moving songs in modern times, Browne has sold over 18 million records in the US alone since his 1972 debut on David Geffen’s Asylum Records.

Tickets for all headline shows go on sale Thursday 25 August (12pm local time) via  frontiertouring.com/jacksonbrowne, with the Frontier Pre-sale beginning Monday 22 August – see Frontier website for show details and ticket information. While in Australia, Browne will also perform at Perth’s day on the green (not a Frontier Touring show).

With hits such as ‘Running On Empty’, ‘These Days’, ‘Doctor My Eyes’, ‘The Load Out’… co-writer of Eagles’ classic ‘Take It Easy’, recent single ‘Minutes To Downtown’ and many more – Browne’s remarkable, eloquent songwriting is matched by his social justice work.

Browne got his start behind the scenes, penning tunes that would be recorded by the likes of Nico, The Byrds, and Tom Rush before launching his own solo career. Known for his advocacy on behalf of the environment, human rights, and arts education, Browne is the cofounder of Musicians United for Safe Energy (MUSE) and Nukefree.org, and a member of Ocean advocacy group Ocean Elders. In 2002, he was the fourth recipient of the John Steinbeck Award, while he has received Duke University’s LEAF award for Lifetime Environmental Achievement in the Fine Arts, and both the Chapin-World Hunger Year and NARM Harry Chapin Humanitarian Awards.

Joining the tour as special guest (AU shows only) is Liz Stringer, one of Australia’s most admired and versatile songwriters and instrumentalists. Recently nominated for two AIR Awards from her album First Time Really Feeling, Stringer has recently been on the road in the US performing with Midnight Oil.

Celebrating his first new album in seven years alongside his legendary arsenal, Jackson Browne live on stage is not to be missed.