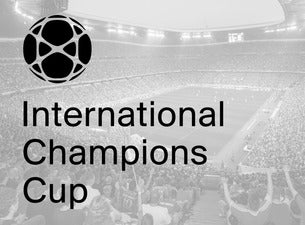 Picture this: Perennial contender for FIFA Player of the Year, Cristiano Ronaldo of Juventus, taking a pass from teammate Aaron Ramsey, dribbling past Real Madrid's Sergio Ramos and blasting a goal past goalkeeper Keylor Navas in front of a screaming crowd of 100,000 people. Normally, you'd have to be in Europe to witness this kind of marquee soccer action, but not when the International Champions Cup comes to North America each year. The North American portion of the Champions Cup brings together the most elite clubs in Europe before their respective seasons begin overseas, for an unparalleled display of world-class soccer across 11 U.S. stadiums. A 2014 match between Manchester United and Real Madrid at Michigan Stadium drew 109,318 fans and was in fact the highest attended soccer match ever on U.S. soil. The 2019 tournament features clubs like Arsenal, Tottenham Hotspur, Inter Milan, Bayern Munich and for the first time, a Mexican team in Guadalajara F.C. The International Women's Cup starts a month after the Men's and features clubs like Lyon, Atlético Madrid, Manchester City and NC Courage.

Since 2013, the International Champions Cup has been bringing the best soccer clubs in the world for exciting exhibition matchups in the U.S. What began as a separate cup for each region of the world is now centered primarily in North America, and a single winner is crowned based on the number of points after three round-robin matchups. In 2018, Tottenham Hotspur took home the cup with Borussia Dortmund as the runner-up. The nationwide venues for the tournament include football stadiums with a 70,000+ person capacity like Levi's Stadium in the Bay Area, MetLife Stadium in the New York area, NRG Stadium in Houston and others. Smaller, soccer-specific stadiums also play host to Cup matches like Kansas City's Children's Mercy Park, Dignity Health Sports Park in Carson, SeatGeek Stadium near Chicago and more.