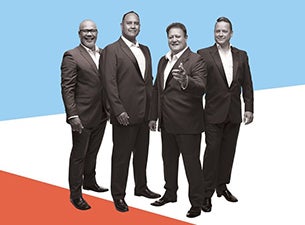 Saving the best until last and hot on the heels of sold out performances during their Take Two Tour, The Howard Morrison Quartetis returning home to present a limited series of shows, at Energy Events Centre, in Rotorua.

Home to the late Sir Howard Morrison and three of the quartet members, these long awaited Rotorua shows signal a homecoming and a heartfelt ‘thank you’ from the Morrison family.

Entitled Hoki Mai in reference to the well-known song, the quartet will feature Howard Morrison Jnr, Russell Harrison, Chris Powley and Jack Grace. The shows will recreate the magic of the New Zealand phenomenon that was the original Howard Morrison Quartet, bringing the old quartet back to life with harmonies, humour and family stories.

Considered this country’s most successful show band, The Howard Morrison Quartet helped to create the New Zealand entertainment industry. Combining family-friendly music with uniquely Kiwi humour, they toured constantly during the 50’s and 60’s, reformed regularly, and remained hugely popular. The charismatic lead singer, the iconic Sir Howard Morrison, also enjoyed a stellar solo career over many decades, and won the love and respect of his country for the huge amount he gave back to the community.

Howard Morrison Jnr has been brought up on the stage to a life in the entertainment industry. Initially as a cultural ambassador, starting from the age of five performing for tourists, to become an award-winning leading figure in Kapa Haka for over 40 years. His passion for Kapa Haka would take him around the world many times representing his culture and country.

Another passion saw him become the face of the long-running Hunting Aotearoa television series. But with entertaining in his blood, the concert stage would always be a major attraction for Howie Jnr. Over his professional music career starting with backing his father as a rhythm guitarist and vocalist, Howie has worked with many greats of the entertainment industry such as Sir John Rowles, Tui Teka, Billy T James, Frankie Stevens, Dalvanius, Dame Malvina Major, all the original members of his Dad’s quartet, and more. His sense of humour, quick wit and ability to communicate with people from all walks of life have also provided him with constant work as a professional MC both nationally and overseas.

For the last ten years, Howie has worked closely with friends, Russell Harrison and Chris Powley, as the Howard Morrison Jnr Trio. The trio are dedicated to preserving the legacy of New Zealand’s greatest entertainer and the showband genre.

Russell Harrison is one of NZ’s most recognised and diverse entertainers. Well-known for his time in television as a Lotto presenter and on The Singing Bee, he has also appeared in many musicals and popular films, and is a regular guest MC for major events including Christmas in the Park.

Multi-talented Chris Powley is an award-winning entertainer and gold recording artist. Recognised as one of NZ’s best male voices, he has performed alongside international artists such as Andrea Bocelli and Bonnie Tyler and many local celebrities, including of course, the late Sir Howard.

A consummate singer, actor, producer, manager and music teacher, Jack Grace grew up in Rotorua alongside the Morrison family. Noted for his dynamic musical style Jack has performed with some of the music industries’ best both locally and overseas, including his music heroes, Tom Jones and Engelbert Humperdink.

This talented quartet will faithfully recreate a trip down memory lane for the followers of the original showband, as well as adding new songs and some magic of their own.