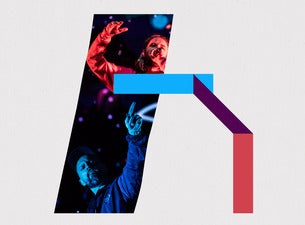 HERMITUDE are back with a daring new single ‘Northern Lights’ featuring Soaky Siren and Vory. The Australian duo (AKA Luke Dubs and El Gusto) have also just announced a whopping big world tour with New Zealand dates scheduled for this November. The tour kicks off in Hong Kong and will see the duo travel throughout Asia, North America and New Zealand before hitting Australian shores.

Tickets for all shows go on sale at 11am Friday, June 21.

Fans can secure tickets first during the Audience Republic pre-sale beginning 10am Tuesday, June 18 until 10am Wednesday, June 19 via this link.

My Live Nation members can secure tickets first during the exclusive pre-sale beginning 10am Wednesday, June 19 until 10am Friday, June 21.

Sounding completely fresh and new, and yet irresistibly familiar all at the same time, Hermitude’s new single ‘Northern Lights’ will lure you in with its light beginnings, before pulling you under with its earth-shattering drops. Sonically reminiscent of their mammoth single, ‘The Buzz’, which saw the Blue Mountains duo rise to International success, ‘Northern Lights’ signifies their most bright and brash release thus far.

Flexing new sounds on previous singles ‘Stupid World’ and ‘Every Day’ allowed them to introduce more intimate and chillaxified aesthetics in their work, paving the way for this glorious, calamitous, momentous release… “We have arrived and tbqh the track bangs hard!”

Joining Hermitude on this track is co-writer Soaky Sirens (US) and rapper Vory (US), courting each other in an old-school lovers’ duet. Reaching new heights with each release, the duo have found inspiration from working with a myriad of vocalists on their new music. “Northern lights’ is part homage to early dance and rave music, which we love, but also mixed with a signature Hermi drop that's likely to blow a few wigs back! Having Soaky Siren and Vory on the track is the icing on the cake that makes it shine.”