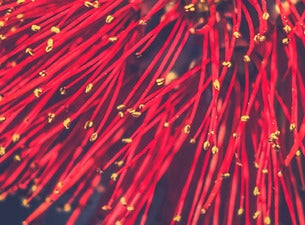 Featuring over 100 talented musicians from the Royal Melbourne Philharmonic Choir and Orchestra, the grand Town Hall organ, and a magnificent international cast of outstanding  soloists, this concert promises to thrill as ever under the direction of Andrew Wailes – widely regarded as one of Australia’s foremost exponents of this great work.

The brilliant and internationally-acclaimed  New Zealand soprano Anna Leese will make her debut as a soloist with the RMP at this concert. Much-loved Opera Australia mezzo soprano Dominica Matthews returns, and will be joined at this concert by the Grammy Award-winning baroque specialist, the English tenor Richard Butler, and former resident principal with Hannover Staatsoper, Australian born baritone Christopher Tonkin.The RMP’s annual performance of this masterpiece is a much anticipated highlight of Melbourne’s concert calendar. Don’t miss being part of this wonderful musical tradition.

“Wailes made sure that the pace did not slacken… Wailes, who cuts a dapper, self-possesed figure on the podium, showed an impressive compulsion, driving his forces along with insistent power. It is hard to recall when this oratorio has been treated with such attention given to its dramatic potential; no singer – soloist or chorister – was given latitude to generate that fruity and orotund timbre familiar from performances of 20 years ago.”   Clive O’Connell (The Age)