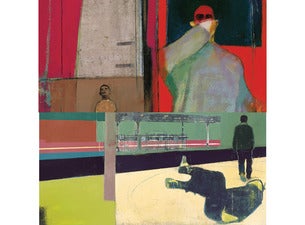 CELEBRATING THE REISSUE OF LIQUID SKIN

Britpop legends GOMEZ are coming to New Zealand for the first time in seven years in celebration of the upcoming re-issue of their second studio album, Liquid Skin. And in a New Zealand exclusive, the band will play their first history-making album Bring it On alongside the platinum Liquid Skin in a first for Kiwi fans! The indie five-piece will play one show at Auckland’s Powerstation on November 1.

My Live Nation members can get tickets first through an exclusive pre-sale beginning 12pm Friday May 3 until 12pm Tuesday May 7.

Gomez are a five-piece, multi-platinum selling British act consisting of Ben Ottewell, Tom Gray, Paul Blackburn, Olly Peacock, and Ian Ball.  Their much heralded debut release, Bring It On, was released to massive critical acclaim earning the band the lauded Mercury Prize in 1998 for Album of the Year besting Massive Attack and The Verve, among others.  The band built audiences internationally, especially in the US and Australia. In the US, in particular, Gomez have become bigger and bigger, with their two most recent albums, A New Tide (2009) and Whatever’s on Your Mind (2011), becoming the highest-charting records of their career.  Following up last year’s sold-out 20th anniversary tour, the Southport quartet return to the stage in celebration of the upcoming re-issue of their second studio album, Liquid Skin; and to play Bring It On, no doubt a treat for New Zealand fans who last saw the band in 2012. Don’t miss out – a set like this you won’t see again!