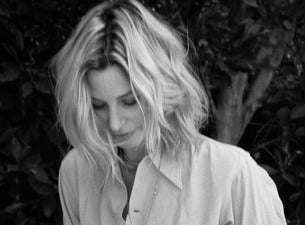 One of New Zealand’s most-loved and unique female artists, GIN WIGMORE, makes her great return to the Kiwi stage to perform at Soper Reserve this January. Joined by TAMI NEILSON and HOLLIE SMITH, this legendary powerhouse female line-up will have you up from your picnic blanket and away dancing in the Mt Maunganui twilight for one of summer’s biggest shows!

My Live Nation members may also secure tickets first during the pre-sale beginning 12pm Friday November 1 until 11am Monday November 4.

With her distinctive “whisky and dry” voice, GIN WIGMORE has firmly cemented herself as one of New Zealand’s favourite female artists. After being the first ever unsigned artist and youngest person to win the prestigious International Songwriter’s Contest at the age of 16, Gin became a force in the New Zealand music scene and internationally with her debut hit Under My Skin, and consecutive breakthrough songs such as Black Sheep and Man Like That, from critically acclaimed albums 2009’s Holy Smoke and 2011’s Gravel & Wine. In 2015 she released her 3rd album Blood to Bone and won her 6th New Zealand Music Award in the process as Best Female Solo Artist. In that same year she was nominated for her 2nd MTV Music award. By this time her albums were 6 x Platinum and this was her 3rd Number 1 in a row. It wasn't just in New Zealand that Gin was recognised, Billboard called the album ' Intense and uninhibited' while 'Rolling Stone' said - “veering between sweetly tender and hitting with the force of a blunt instrument.”

TAMI NEILSON grew up performing across North America with the Neilson Family Band, working alongside greats such as Johnny Cash, Tanya Tucker, and Kitty Wells. After falling in love with a New Zealander, Tami moved to the bottom of the world and built a platform for herself as a country singer. Tami’s awards include, Best Female Artist, Best Country Album, Best Country Song, an APRA Silver Scroll (songwriting) award and Album of the Year nominations. Her Dynamite! album of 2014 received rave reviews in Britain’s MOJO and the Guardian named it a Top 10 Best Country Music Album. Previous media accolades come from both sides of the Atlantic, including Rolling Stone, which called her “a fire-breathing belter on her own terms” and the U.K.’s Guardian, which asserted that “her powerhouse voice recalls 1950s stars such as Wanda Jackson and Patsy Cline.”

HOLLIE SMITH is one of New Zealand's most predominant and iconic musicians. After working with numerous bands including Trinity Roots, Fat Freddy’s Drop and Detroit dance legend Recloose, she was approached by New Zealand song writing royalty Don McGlashan to perform on the movie soundtrack ‘No.2’, recording the single ‘Bathe in The River’ that topped the New Zealand singles charts, peaking at number two and spending 37 weeks on the charts. ‘Bathe in the River’ has since become one of the biggest and most iconic singles in New Zealand history, showcasing her breathtaking and soulful talent to the world. Over winter 2019, Hollie started her Intimate New Song Showcase tour that took her across the country for the latter part of the year road-testing new material across fourteen sold-out shows in the North and South Island.