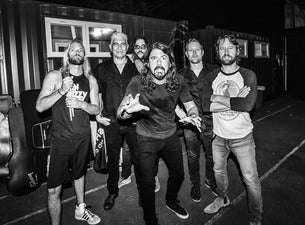 The 11-time Grammy-winning, 25+ million-record-selling stadium rock greats will welcome the new year with an epic tour that kicks off at Perth’s nib Stadium on Saturday 20 January, before touring Adelaide, Brisbane, Sydney and Melbourne, and wrapping up across the ditch at Auckland’s Mt Smart Stadium on Saturday 3 February.

Foo Fighters will be joined at all shows by very special guests Weezer, plus a local opener from each city on the tour.

Foo Fighters were last in Australia and New Zealand on their 20th Anniversary World Tour supporting their eighth album Sonic Highways, tearing through anthems including “Something From Nothing” and perennial favorites ‘Everlong’, ‘Learn To Fly’, ‘Best Of You’ and ‘My Hero’, picking up the record as one of 2015’s top five grossing tours in the process:

‘Hit after hit on a perfect summer night’ – Billboard

‘The crowd young and old joined in, belting out songs that span the best part of our lives… brilliant in every respect’ – The Adelaide Advertiser

The public’s first taste of the new album came in the form of the most enthusiastically received single in Foo Fighters history, the surprise hard rock anthem of the year “Run”, and its time-traveling mind-warp of a video directed by Dave Grohl himself.

The clip for follow-up single, “The Sky Is A Neighborhood” was a Grohl family affair, with Dave sitting in the director’s chair once more and his two daughters Violet and Harper playing the lead roles in the ‘rock and roll fairytale’ (Rolling Stone) video.

“I wanted it to be the biggest sounding Foo Fighters record ever. To make a gigantic rock record but with Greg Kurstin’s sense of melody and arrangement… Motorhead’s version of Sgt. Pepper… or something like that.” – Dave Grohl

These dates will be the first time Australian and New Zealand fans will experience tracks from Concrete and Gold live in all their glory, holding their own alongside Foo Fighters classics like “Walk”, “These Days”, “The Pretender”, “All My Life” “Times Like These” among countless others.

American alt-rockers Weezer will be leaving ‘Beverly Hills’ behind to join Foo Fighters as their very special guests at all Australian and New Zealand shows on the Concrete And Gold World Tour. These will be Weezer’s first shows in our countries since their acclaimed Blue Album Memories shows in 2013, and only their third AU & NZ tour ever in an illustrious 25+ year career defined by tracks like ‘Say It Ain’t So’, ‘Buddy Holly’, ‘Undone – The Sweater Song’, and ‘Island In The Sun’.

Make no mistake: Foo Fighters’ Concrete and Gold New Zealand tour with special guests Weezer will be one for the history books. Act quick to secure your tickets to be part of one of the season’s most epic tours.