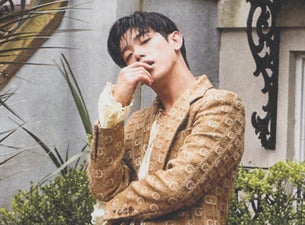 Korean-American singer-songwriter ERIC NAM announces his There And Back Again World Tour in support of his upcoming all-English sophomore album There And Back Again. His first show at Auckland’s Powerstation has sold out and a second show has been added due to popular demand.

Tickets for the second show go on sale at 10am Friday January 14.

Ahead of his 2022 headline world tour, Eric shares, “I am so incredibly stoked to get back on the road and to do what I love the most, which is to perform on stage and to meet with my fans. For the first time, I'll be joined by a live band, reunited with my incredible dancers/crew, and playing a brand new album. I can’t wait to see you all and put on an unforgettable tour.”

Eric Nam is a multi-faceted Korean-American singer, songwriter, entertainer, and TV personality. He is one of the most popular and recognizable celebrities in Asia and has been named GQ Korea’s “Man of the Year” and landed on Forbes’ “30 under 30” list in Asia. Nam is one of the most extensively touring solo Asian acts in the world, and is also the Co-Founder and Creative Director at DIVE Studios.