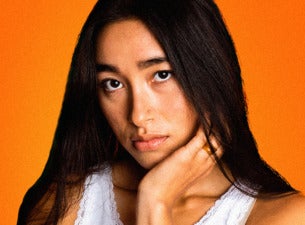 Not much is known about the people behind Emotional Oranges, but it has been speculated that when Adele’s vocal coach and Drake’s engineer met at a bat mitzvah in 2017, the band was instantly born.

Their first single, ‘Motion’ was made the official theme song for RuPaul’s Drag Race in 2018 and later released on their debut album The Juice Vol. I. The project also features  ‘Personal’ and ‘Good To Me’, which is accompanied by a video performance piece encapsulating a tumultuous relationship.

Since its release earlier this year, the album has gathered a cult following, generating over 30 million streams globally, gaining critical acclaim from celebrated voices in music around the world.

‘The sultry, nighttime R&B group's affinity for The Weeknd, Sade and The XX fuses together in their sound, giving them a nostalgic, solemn feel, while they create an inescapable groove.’ - Noisey

‘The Juice: Vol 1 is the first full-length project from the formidable group, encased in a cracked veneer of glossy apricot tones.’ - The Line Of Best Fit

‘Emotional Oranges sound like pure euphoria, with love songs caked in the ecstasy of a retro groove.’ - New Yorker

Emotional Oranges have played a total of seven live performances in Toronto, New York, San Francisco, Los Angeles, Paris, Amsterdam and London, all the while keeping their identities concealed.

How do they do it? Come to the shows to find out.

The Juice: Vol. I
Emotional Oranges
Out now through Avant Garden