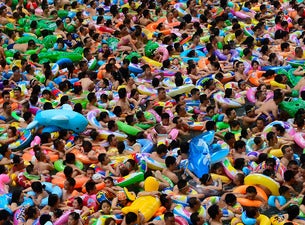 AUCKLAND, NZ (Feb 21, 2020) – One of England’s most revered bands, elbow, has announced their long-awaited return to New Zealand this June.

Touring in support of their third UK #1 album, Giants of All Sizes, elbow will take to the stage of Auckland’s Town Hall on Thursday, June 4 for their first New Zealand shows since two spellbinding nights in 2014.

Crafted over more than two decades of recording and touring together, elbow’s sublime live performances navigate through a magnificent, elevating journey of wistful reflection to euphoria, haunting fragility to lush harmonies, soothing to thunderous, guided by Guy Garvey’s soulful vocals and lyrics.

Tickets will go on sale at 11am Wednesday, February 26.

My Live Nation members may be among the first to secure tickets during the pre-sale beginning at 11am this Monday, February 24.

The band’s eighth studio album, Giants of All Sizes marks a deliberate lyrical departure from recent ellbow albums, which include the UK #1s Little Fictions (2017) and The Take Off and Landing of Everything (2014).

Giants of All Sizes provides “an antidote to the current situation through positive anthems” with an album that is, in Guy words, “a bruised record, bruised as f*ck, sonically unabashed and concerned with mourning, dissatisfaction, unrest and death. An angry, old, blue lament but one that finds ultimate salvation in family, friends, the band and new life.”

On June 4, the Auckland audience can expect to hear Giants of All Sizes tracks live for the first time, as well as bathe in the warm embrace of fan and band favourites drawn from throughout their stellar career.

Special guest Jesca Hoop’s career has spanned six albums of finely crafted song writing, sung with a unique intelligence and an unparalleled voice, notably 2017’s acclaimed Memories are Now and her current album, Stonechild. Produced by John Parish (PJ Harvey, This is the Kit, Aldous Harding), the album features 11 tracks including singles ‘Outside of Eden’ and ‘Red White and Black.’