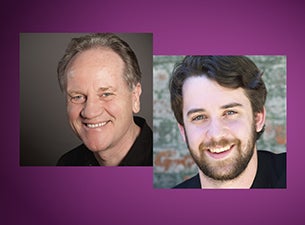 Beethoven is a towering colossus in the history of music, known for his revolutionary stretching of the boundaries of musical convention.  Although he wrote only one violin concerto, it is one of the most frequently performed.  Violinist Glenn Christensen has appeared as a soloist with many Australian orchestras and ensembles, and is currently a member of the prestigious Australian Chamber Orchestra.

Mozart’s ‘The Magic Flute’ and Stravinsky’s ‘Firebird Suite’ are both based on mythical tales:  Mozart’s with tantalising hints of Masonic links, and Stravinsky’s vividly colourful portrayal of a Russian folk legend.

Tabea Squire’s ‘Variations’ was composed in 2019 and it is based on a well-known medieval pavane.  Although one of New Zealand’s younger composers, her works are performed around NZ and internationally.  Kenneth Young is both a composer (the 2020 University of Otago Mozart Fellow) and conductor, so he has a unique combination of skills to apply to this concert’s wide-ranging repertoire.

Mozart:  Overture to ‘The Magic Flute’

DSO Concert Series 2020 - First two concerts postponed Following the Government’s directive banning public events of 500 or more people, and out of concern for the health of those involved, the Dunedin Symphony Orchestra has decided to postpone its 4 April and 2 May concerts until September and October this year.  These concerts will replace the ‘Beethoven’s Big Birthday Bash’ on 19 September and the Halloween Concert on 31 October, and the DSO will be looking into how to present those projects on other dates instead, possibly in different formats.

The DSO intends to keep the 4 April and 2 May artists and repertoire intact as far as is possible, but its ability to do that will depend on the availability of these artists. Once conductors and soloists are finalised, we will be able to advise who the artists are and what the repertoire will be for the 19 September and 31 October dates.

At that point, the DSO will be in touch with International Series and Flexi-Ticket subscribers and sponsors to discuss the next steps.

Regarding future concerts, the DSO will be monitoring developments as they occur.  In particular, regarding the first Matinee Series  performances on Saturday 6 and Sunday 7 June, a decision as to whether or not these can proceed as planned will be announced on or before Friday 8 May.

We will be communicating any updates or changes with our audiences, artists and stakeholders appropriately as changes occur, and will be posting updates on the DSO website and DSO Facebook page.

The DSO appreciates your understanding and support in these unprecedented times.