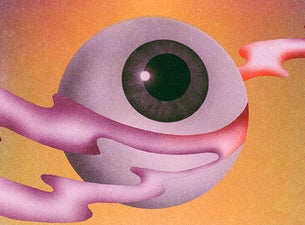 Brooklyn dream-pop outfit DIIV have carved a niche for themselves among shoegaze fans with their beautiful wash of hazy vocals and melodic guitar lines. Inspired by the work of Malian guitar player Baba Salah, frontman and guitarist Zachary Cole Smith provides the anchor for DIIV's unique sound, weaving beautifully prismatic top lines throughout the band's textured compositions. Back on the road, the band's mesmerizing sets will treat ticket buyers to cuts from their 2012 debut Oshin as well as previews of material from their sophomore album.

DIIV began as the bedroom recording project of Zachary Cole Smith, the former guitarist of the band Beach Fossils. After releasing the demos "Sometime" and "Human" on Captured Tracks in 2012, Smith put together a band and began playing live shows, originally naming the project Dive as a nod to the fact that the new lineup's members were all water signs on the zodiac. After changing the spelling to DIIV the quartet made their album debut in 2012 with Oshin, a hit with critics and audiences alike for its oceanic wash of shimmering guitars and gauzy vocals. The record landed on a number of year-end lists, sparking extensive touring and fueling anticipation for the band's latest tour in advance of their sophomore album.