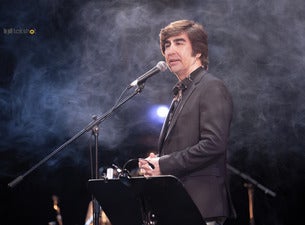 Dawood Sarkhosh, the singing and soothing voice of his war-torn homeland, is touring New Zealand in 2019 and launching his seventh album, Man-o-Tu. The concert programs aim to feature a series of songs from his new album and the timeless old and gold songs that seek to unite communities and gift a taste of folk and modern music. The theme of the new songs is a tale of separation by the acclaimed singer - also poet, composer and Damboura player.

As one of the most prominent singers of Afghanistan, with the message of love, diversity and unity, Dawood has toured the world and performed for millions of fans near and far. His songs are the collective memories and melodies of the people who have fled their homeland in search of peace. With the rapid change in the social and political landscape of Afghanistan amidst violence, Dawood has revived the beauty and delicacies of folklore music and enriched the contemporary music of Afghanistan.