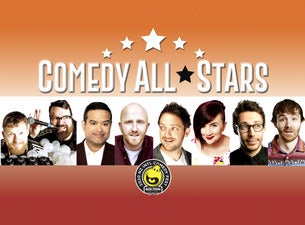 About Comedy All Star Showcase

New Zealand’s #1 producer of live comedy is back at the Bruce Mason Centre with a Festival full of world class laughs kicking off with the Comedy All-Star Showcase providing a taste of things to come in the 3 week annual fest.

The 2020 Showcase features some brand new faces at the festival including;

Laura Lexx (England) As seen on Live at The Apollo

They will be joined by the return of Festival favourites , Paul Sinha a.k.a. ‘The Sinnerman’ from TVNZ’s ‘The Chase’ and Ian Smith (England)

7 world class comedy acts in 1 huge 2 hour show, the  ideal show to kick off your Festival with family, friends, workmates and the social network.

And look out for our line-up at the BMC Comedy Club (Thu-Sat) over the following 3 weeks.