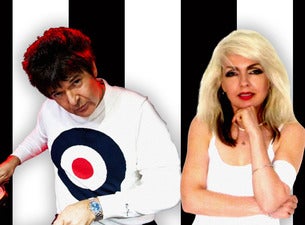 Bootleg Blondie are the Official Blondie Tribute Band, with the authenticity of Blondie’s renowned and celebrated drummer, Clem Burke it’s no surprise they are the only tribute band to ever play the legendary CBGBs.

Burke's combo of crisp backbeat and kinetic Keith Moon-influenced bluster helped set Blondie apart from the pack. Burke had a presence and charisma beyond your typical sticksman. Debbie Harry said "He was into jumping over his drum kit fairly regularly… Clem showed up, and he was a real star. He could play, and you could tell that it was his life".

Parallel Lines a flawless and iconic album established Blondie as full-fledged pop stars featuring the  #1 hit Heart of Glass, One Way or Another, Hanging on the Telephone, Sunday Girl and Picture This

‘the packed out audience are nostalgically transported back to their youth’