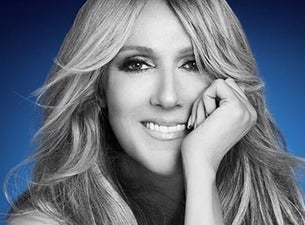 TO MEET STAGGERING DEMAND FOR TICKETS!

New Zealanders have confirmed that absence does indeed make the heart grow fonder, with tickets to Celine Dion’s first Auckland shows in over two decades being snapped up swiftly by fans across the country!

To meet unprecedented and overwhelming demand for tickets, Frontier Touring and Concerts West/AEG Presents are delighted to confirm that a third Auckland show has been added to Celine’s Live 2018 Tour on Tuesday 14 August at Spark Arena.

"I'm really looking forward to going back to New Zealand.  It's been more than 20 years....way too long!    But doing three shows in Auckland, we're definitely going to make up for all that lost time!   I just can't wait!" - Celine Dion

The addition of this concert will double Celine’s originally announced five arena shows across Australia and New Zealand, taking it to an incredible ten-date run this winter.

Tickets to Celine’s third Auckland show  – including exclusive VIP Packages - go on sale to the general public from Thursday 22 March at 12noon NZDT. Members of Team Celine, American Express® Card Members and Frontier Members will all have access to purchase tickets before the public through advance pre-sales.

Frontier Touring, Concerts West/AEG Presents and Celine Dion strongly encourage fans to only purchase tickets to Celine’s Auckland shows from the authorised ticketing agency, Ticketmaster New Zealand - direct ticketing links can be found at celinedion.com/tour and frontiertouring.com/celinedion. Tickets purchased through unauthorised ticket resellers are not guaranteed admission into the venue.

These shows mark Celine’s return to Australia for the first time in a decade, playing arenas in Sydney, Brisbane, Perth and Melbourne; and her first visit to New Zealand in over two decades, ending the world tour with now three shows at Auckland’s Spark Arena.

One of the most immediately recognised, widely respected and successful performers in pop music history, Celine Dion has sold almost 250 million albums during her over 30-year career. She has earned five Grammy Awards, two Academy Awards and seven American Music Awards.

In 2004, Celine received the Diamond award at the World Music Awards recognising her status as the best-selling female artist of all time. In 2016, the Billboard Music Awards presented her with the lifetime achievement Icon Award.

Celine continues to break records with her ongoing Las Vegas residency at The Colosseum at Caesars Palace which is the most successful concert residency of all time, seeing Celine play over 1,000 shows to more than four million fans.

After more than thirty years as a performing and recording artist, Celine has become a legend of popular music, one of the most powerful and moving voices ever heard. Don’t miss the opportunity to witness the magic first hand on Celine’s Live 2018 Tour this winter.

Uniting Celine’s phenomenal talent, quick wit and innate ability to connect with every member of the audience regardless of a venue’s size, these shows are set to be unforgettable for those lucky enough to secure a ticket.