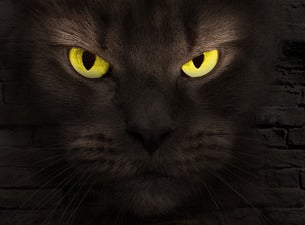 One of the world’s best-loved musicals, CATS, will embark on its most extensive tour of New Zealand ever in 2019.

As of 2018, CATS is the fourth-longest-running show in Broadway history, and was the longest running Broadway show in history from 1997 until 2006 when it was surpassed by The Phantom of the Opera. Cats is the sixth-longest-running West End show. It has been performed around the world many times and has been translated into more than 20 languages. In 1998, Cats was turned into a made-for-television film. The musical has grossed approximately $342.2 million.

It has won many awards, including Best Musical at both the Laurence Olivier Awards and the Tony Awards, and is considered among the all-time favourites of musical theatre fans.

Since its world premiere, CATS has been presented in over 30 countries, and has been seen by over 73 million people worldwide.

Both the original London and Broadway cast recordings won Grammy Awards for Best Cast Album. The classic Lloyd Webber score includes Memory, which has been recorded by over 150 artists, from Barbra Streisand and Johnny Mathis to Liberace and Barry Manilow.

CATS is based on Old Possum's Book of Practical Cats by T. S. Eliot. The musical tells the story of a tribe of cats called the Jellicles and the night they make what is known as "the Jellicle choice" and decide which cat will ascend to the Heaviside Layer and come back to a new life.